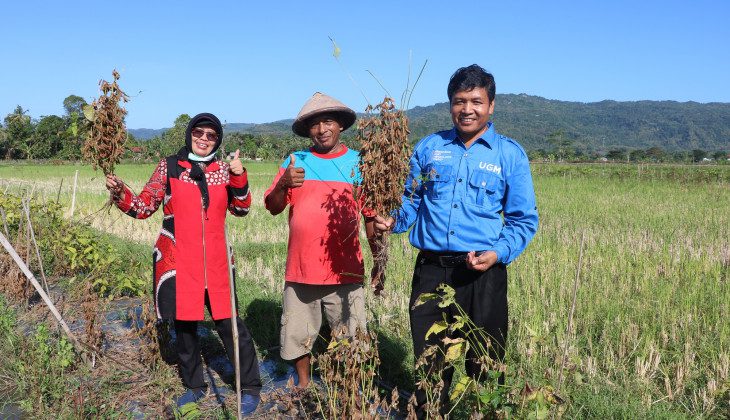 A team of researchers at the UGM Faculty of Agriculture is currently working on a new black soybean cultivar derived from the Mallika variety. The study, which has been ongoing for the past two years, is expected to produce a more improved, high-yielding cultivar than the Mallika. Team leader Dr. Tri Harjoko said the new cultivar had tripled the number of pods per plant over three harvests and three plantings.

So far, it has exceeded the average national production capacity of black soybeans (1.3 to 1.7 tonnes per hectare) with 5 to 6 tonnes per hectare. The team is now examining the variety for its adaptability during rainy and dry seasons.

“We have a superior product and a record of its pod production potential. There was relatively no difference when planted in both the wet and dry seasons–and that’s a competitive advantage. The potential can be three times the national production. We only need consistency in terms of production,” he said.

According to Harjoko, his party is targeting the new cultivar to be released in the next two years as a successor to the Mallika, a black soybean variety developed by UGM, with an average production of 6 tonnes per hectare.

“In addition to testing for pod production and adaptation in several locations, the new cultivar must also undergo physiological tests to determine its protein and fat content,” said Harjoko.