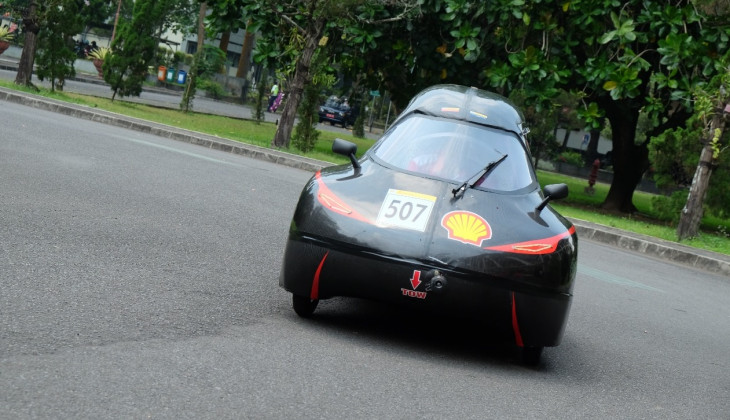 M. Rian Alif Madani, General Manager of UGM Semar 2020/2021, explained the Shell Eco-Marathon Asia 2021 competition organized by Royal Dutch Shell has a different series of competitions from previous years. It consists of the Global Virtual League – a virtual competition in the form of a league with a total of 5 (five) online competitions held from October 2020 to July 2021.

Rian explained that the first competition was Pitch The Future Competition. With a total of 273 teams from 56 countries around the world, the UGM Semar Team managed to become one of the best teams (TOP 5) for the Asia Pacific and the Middle East Region on topic 2, namely Net Carbon Neutral Vehicles mini-competition with Microsoft with the theme Track and Reduce CO2 Emissions from Vehicles.

The last competition was Virtual Technical Inspection. The Semar team won 2nd place in the Asia Pacific and the Middle East Regions in the Prototype category for the Battery-Electric class and earned an additional 946 points.

“The UGM Semar team is very grateful for these achievements so far, thanks to everyone’s help and prayers. However, this is not the end. We are very enthusiastic, and we hope that the UGM Semar Team can continue to achieve, maintain, and even improve new achievements both nationally and internationally and make Universitas Gadjah Mada proud,” said Rian.

Currently, the UGM Semar Team is also preparing for the 2021 KMHE competition.